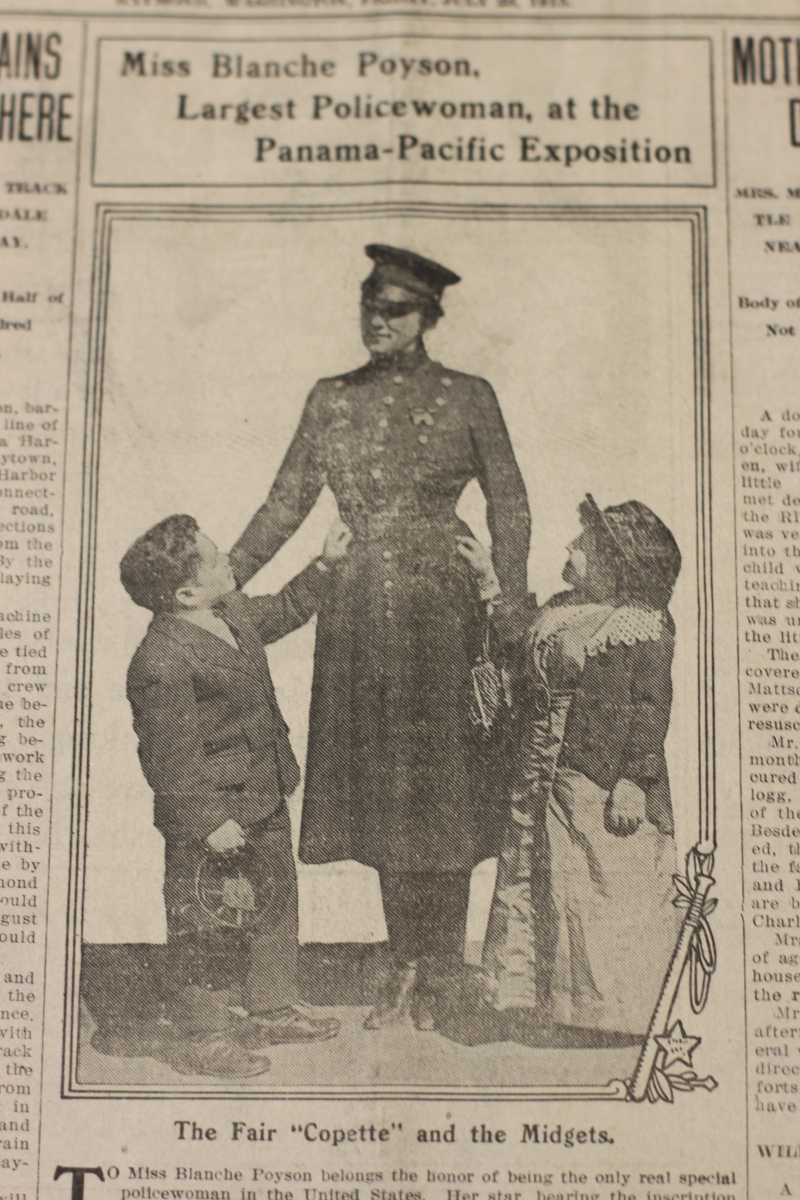 A double drowning occurred Tuesday, forenoon between 10:30am and 11am, whereby Mrs. Mary Miettinen, wife of John Miettenen, and her little five year old daughter, Lila, met death in the Willapa river, near the Riverdale bridge. The morning was very warm and the mother went into the river to swim, taking the child with her for the purpose of teaching it to swim. It is supposed that that she was seized with a cramp and was unable to save either herself or the little girl.

The body of the mother was recovered at about 11:20am by John Mattson and Charles Linden, who were dragging the spot, but efforts to resuscitate her were fruitless.

Mrs. Miettinen was about thirty years of age. The family lived in a small houseboat moored on the North side of the river.

The conspiracy case, which for several months a couple of years ago was the chief topic of discussion in this county, was formally dismissed from the court docket Tuesday morning upon motion of Special Prosecutor Hewen. Mr. Hewen had made a similar motion sometime ago, stating that without certain funds which the county commissioners had been asked to appropriate, he would be unable to bring certain state witnesses who live in other states back for trial. When he brought the matter up last Tuesday, Mr. Hewen stated that he had recently received a letter from Bernice Jesse, a former witness in the trial, and who lives in California, stating that she was about to move to Arizona, and that she did not care to be a witness again in the trial.

50 years ago from the Raymond Herald
July 22, 1965
Guilty plea entered in Death Charge.

A plea of guilty was entered by Donald Lee Johnson when he appeared before Superior Court Judge Robert A. Hannan Friday on a charge of negligent homicide.

Prosecuting Attorney Herbert Wieland had charged Johnson with negligent homicide following the automobile accident on June 24 in which Duane Corliss was riding.

Judge Hannan fined Johnson $1000 and sentenced him to 90 days in jail. The jail term was deferred for three years, and during the probation period Johnson is to obey the instructions of the State Board of Prison Terms and Paroles. The board will also determine the matter in which the fine will be paid.

Power use man is hired by utility.

Russel Adams, manager of the PUD today announced that the utility has employed an expert to assist patrons with their electrical problems.

The expert is Dick Kindle, 902 Barnhart, an electrical contractor here for many years and more recently with the Aberdeen Electric Co.

They're spotted and rare, and Mike and Bunny Roberts have two of them. Owls? No, mules.

Frolicking on the Roberts property on Monohon Landing Road are two mules, a red one and a black one, each with a white spotted rump, courtesy of their Apaloosa mother. Even though she bears no blanket, as the distinctive marking is called, her offspring do.

And that marking is unusual. So unusual that $1500 was offered for the red mule, Mr. Fenortner, the day he was born.

And are they for sale? Mike answers with mock indignation, "What? They aren't cars!"

"They're more like pets," Bunny says. "our problem is we get attached to our animals."

In an open letter to the public, Ashley attacked Benning's management style and promised to "repair relations" among local police agencies.

"A position that should be coordinating law enforcement cannot be allowed to continue to alienate other departments and shun outside resources," the letter stated.

Read more from:
WHH - Glance at the Past
Tags:
None
Share: