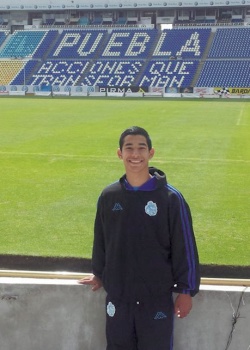 It is no secret Adair Garibay plays a lot of soccer. He has an association with both the Seattle Sounders and Portland Timber Organizations and he plays on a variety of youth teams all over the northwest, but a recent trip to play for the U15 Puebla team in Mexico really made him think about his position in the game of soccer.

Garibay was the most valuable player on the Toledo/Winlock High School soccer team this last spring as a Freshman, but he was able to draw some pretty dynamic comparisons to soccer in Mexico versus the game here in the local area with a trip to play in a competition in Mexico City.

"They play with a lot more skill", said Garibay. "They don't have the size that we have here, but they are really skillful."

He and another area (Centralia) player were invited to play for the Puebla U15 team in a tournament held in Mexico City in mid-July. He was directed there to play by his long time coach Edgardo Gonzalez who is also coaching the girls team at Adna High School. One of Gonzalez's good friends is the coach of the Puebla U15 team.

Puebla is a city of about 1.5 million about 80 miles south of Mexico City.

Garibay resided with the team for three weeks as they practiced and prepared for action. The squad was entered in a tournament in Mexico City, which featured three games.

They won their first match and eventually fell in the next two. Garibay said he suffered no ill-effects while going from near sea level in Winlock to play at more than 7,000 feet in elevation. He did admit that the first game was fairly chilly and the heat was bad at other times.

He also noted the games were played where the Mexican National team practices, and they played in front of some very knowledgeable fans. He and his friend even had cameos in the local sports news coverage on television.

Being a tourist was not first and foremost on his agenda.

"We were pretty busy," he said. "We would practice at 11am and then have the rest of the day to ourselves sometimes. One day we got to visit a volcano that could erupt at anytime."

Garibay also noticed that when they were away from the soccer stadiums, there were always people on the side of the street selling their wares.

Of course not everything worked out perfectly. After they boarded a nice, charter bus for the excursion to Mexico City for a game, it broke down just 15 minutes into the trip. It was quickly replaced and the team had no problem making their game.

With his eyes wide open, Garibay said that there was a big difference in the world of soccer in Mexico.

"It is a different playing style," he said. "They try to pass a lot more. I really like the Mexican style of soccer better." 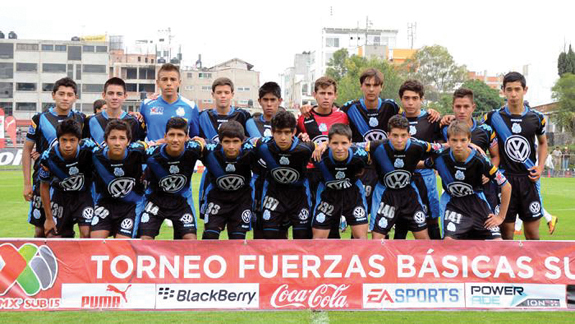