Foundation finished at wall of honor

Volunteers have spend the last few weeks placing the final touches on the Veterans Wall of Honor in Toledo, just in time for Memorial Day.

Two recent concrete pours have completed the plaza, built around the original monument erected there in honor of Toledo's own Melvin Arnold Holland who fell with 11 others in Phou Pha Thi, Laos, on March 11, 1968. Four benches have been added as well, with lighting surrounding the display featuring both American and POW/MIA flags.

The wall made its public debut on Veterans Day of last year when it opened to a crowd of residents and dignitaries, both local and regional, with a collection of bricks bearing the names and service information of veterans both active and discharged, and alive and passed on.

According to Bob Schmid, Toledo VFW member and Wall of Honor promoter, time is almost up for the next installation of bricks, which are added in groups of 100.

"90 brick orders have already been received in advance of Memorial Day, with 100 needed for the next installation," said Schmid Saturday afternoon, advising families to get their applications in quickly.

Brick sales are open to all residents and the $100 cost includes the Veteran's name plus up to 2 lines of additional information, their branch of service insignia and installation on the Wall. Applications can be picked up at the Wall of Honor, or by contacting Toledo Lions Club c/o Bob Schmid, 211 Shoreline Drive, Toledo 98591. 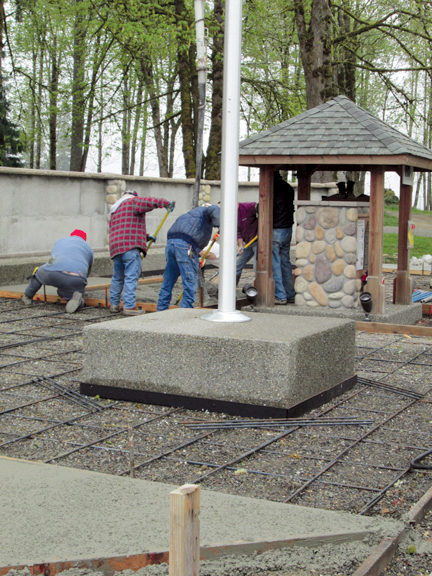 Local volunteers, led by Kendall Richardson of Richardson Construction, help lay the foundation in front of the Veterans Wall of Honor in Toledo April 26. Pouring of the concrete had been delayed since the wall’s debut last Veterans Day due to inclement weather. 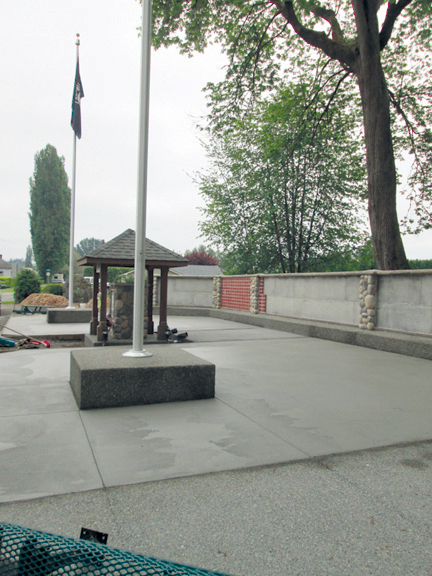 The finished concrete after volunteers completed their work Thursday. The Wall of Honor has been an ongoing project for local community activists under the direction and leadership of Bob Schmid and is intended to serve as a memorial for all veterans and their families in the region.