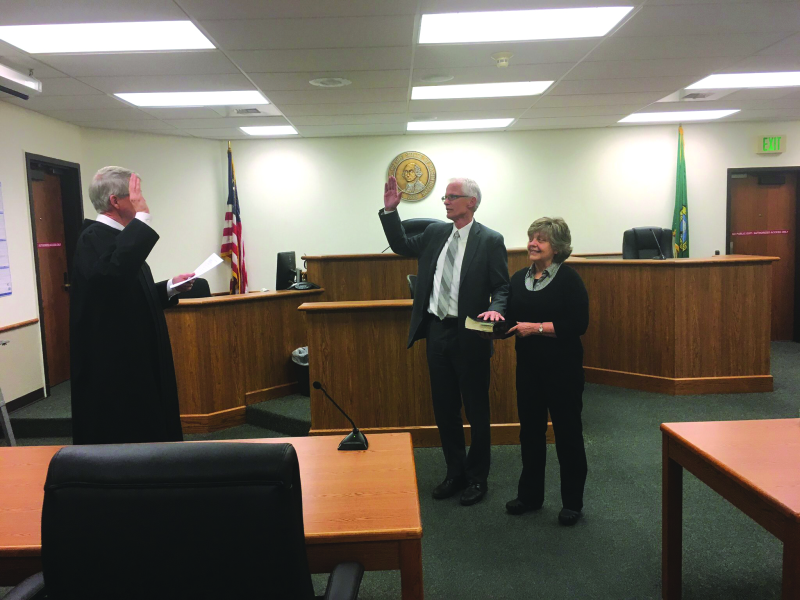 Following his retirement last June, as the superintendent of the Winlock school district, Rick Serns had many plans of how to use his time in retirement. One was a surprise to even most of his closest friends and colleagues, and one which he did not entirely decide on until last fall. In 1999, at the age of 48, after teaching and being a school principal for over twenty years, Serns graduated from the University of Washington School of Law. However, with his ongoing career and family obligations, he did not pass the bar exam to be licensed as an attorney, and continued working with school districts as a human resources administrator, and ultimately as an assistant superintendent and superintendent.

This past fall, nearly twenty-one years after he graduated from law school, and now 68 years old, Serns decided to try it once more. After studying full-time for three and half months, he took the exam with over 200 applicants, mostly in their twenties, at the Tacoma Convention Center on February 25 and 26; just three weeks before the state limited all large gatherings. On March 12, just four days before Oregon limited large gatherings, he traveled to Portland to take the professional ethics portion of the test, which is a separate national test that applicants in all states must also pass.

On Friday, April 10, Serns got the news that he had passed. He was sworn in at the Lewis County Court House on Monday, April 13, by Superior Court Judge James Lawler. He will receive his license to practice law in about two weeks. Serns credits his faith and the support of his family for the successful passage of the exam. He said although he had the time to study 40 to 60 hours per week over the course of the three plus months leading up to the exam, he also knew that with a 68-year-old brain, it would take a lot of prayer; which he said is a regular part of his daily habit, but was increased during this time. Plus, he wished to thank the numerous friends and family who said they were supporting him with their prayers as well. He said, in addition to the help that gave him while taking the exam, he also feels especially grateful that after all of that studying, the exams were completed just prior to the stay at home orders. He said if the tests had been just two or three weeks later, all of the studying would have probably been in vain.

Serns said he does not plan to reenter the workforce full-time, but he does plan to use his license to work on some professional projects that he feels are important. His emphasis in law school was in alternative dispute resolution, which includes training in mediation. He said he may pursue some opportunities to utilize his training in mediation and facilitation to help individuals and groups resolve issues before taking one another to court.