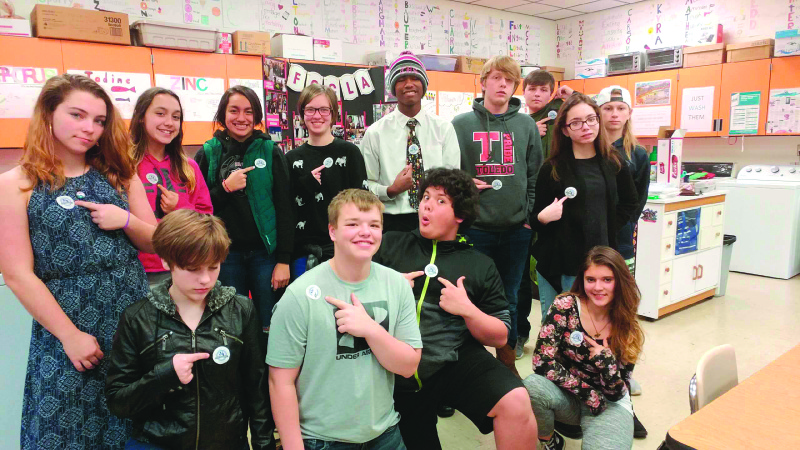 A dine-in dinner was held on December 4 from 4:30 p.m. - 7:30 p.m. at Toledo High School in the commons, hosted by FCCLA. It was a proclamation for Family and Consumer Science Day, and the event is meant to pull families together for visitation and conversations while enjoying a meal.

The dine-in had an entrance fee of $7 for adults, $5 for seniors and students, and $4 for ages seven and under. The money collected, $425 to be exact, was raised for the Toledo Senior Center. The Center has lost its funding, so FCCLA wanted to support them as best they can. Rene Ketchum, FCCLA advisor as well as a Toledo teacher, commented, "We wanted to support them as a student group in the community because we think it's important."

A lot of seniors came, along with some other people in the community. Last year FCCLA raised $400 for the senior center, just by donation. The check will be given to the Senior Center this Friday.