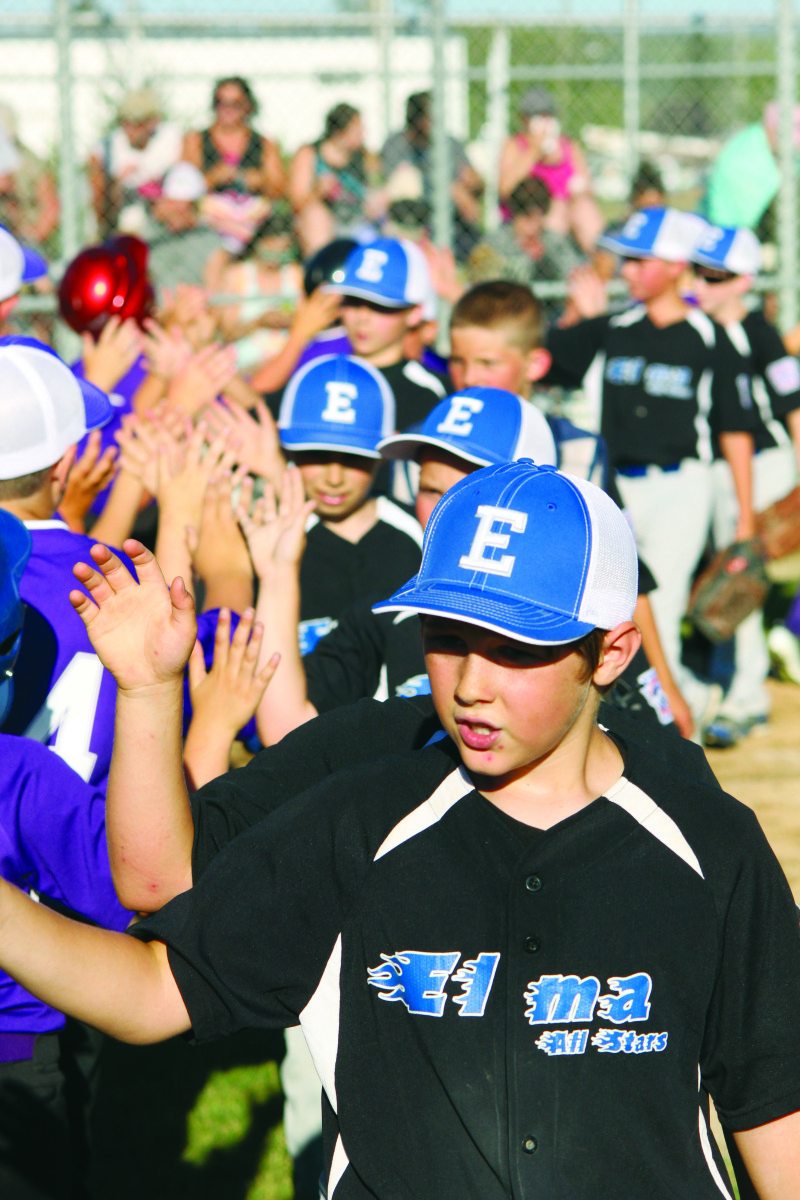 Out in Elma, District III Little League is running their Tournament of Champions for the 9-10 year old ball players.

The tournament, a double game elimination bracket, limited to three run innings, except the final inning which is open for run count, keeps the games close and spirited.

The young men taking the field are ready and eager to stop the opposing team and take their turn at bat to blast one past the infield and hope for that extra base hit.

On opening day of the 9-10 tournament played in Elma (the 11-12 year old teams traveled to Tenino), Larch Mountain defeated the boys of Aberdeen 8-5 and Elma took a single run win over Willapa Harbor 4-3. The losers of each game slip back in the bracket but are not out as the winners advance to meet their next opponent the following day.

Centralia slipped past South Beach in seven innings 13-12 in the early game on June 27, Montesano almost doubled up Capitol 9-5, Elma bounced all over Chehalis 12-3 and Willapa Harbor ousted Aberdeen 9-6 in the first loser out game of the tournament.

With three teams eliminated in as many days, Monday looked to see who would rise to the top and face off for that Championship game. Elma would have to get past Larch Mountain, both undefeated to continue on. And the boys of Elma did just that in a nail biter game Elma came out ahead to defeat the Larch Mountain team 12-8 and stand as the only undefeated team advancing. Larch Mountain played Willapa Harbor where the loser took third place and the winner advanced to the championship game with Elma.

Willapa Harbor tried to fend off the Larch Mountain attack but fell short when the game went into extra innings tied at eight after six innings.

The final game was played Thursday July 2, but the offices of the Grays Harbor Herald made an early deadline to celebrate the Fourth of July Weekend. A follow up will be placed in next weeks addition.