Drones can help in a time of need 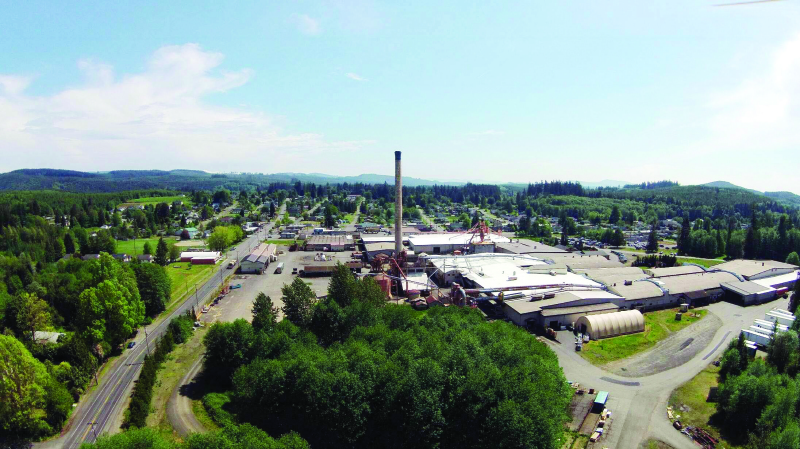 Photo by A.P.S. - The Simpson Door Plant in McCleary is just one example of how the technology can provide current and updated information for Harbor business.

Aerial Photography Service is banking on the fact that they can deliver a safer environment for several industries in the Harbor.

John Adolphsen and Tracy Brumfield are starting to make a splash in the Harbor with A.P.S. their aerial photography service that will provide a different view of things from the skies above.

Loggers both, Brumfield and Adolphsen, believe that as technology continues to impact our daily lives, drones are the next thing to help in a variety of ways from safety to sales and can benefit several industries not only in the Harbor but the state and even the country.

With companies already utilizing drones for delivery service and the military utilizing the technology for several years, the team at A.P.S. feels that the time is right to launch a consumer service utilizing the same technology.

A.P.S. utilizes two basic types of drones from an eight-leg platform with 12 propellers to Styrofoam planes of various sizes. Flying on battery power the drones run from 30 - 60 minutes and have a range of 1-7 miles at various elevations.

"Think of a lost crew out in the woods. A drone could be put out in the area and search faster and also see exactly the situation," said Adolhphsen, "Even a fire where firemen may not be able to asses how to first approach a home or brush fire, a drone could be deployed and help identify a safer and faster access point."

A.P.S. launched a booth at the Elma Heat on the Street Car and Motorcycle Show over the August 1 weekend to bring to the public the advances in technology.

The applications are quite limitless; take a construction site such as the current activity on Rock Crusher Hill. If there is an issue and they site supervisor needed eyes on an issue from the engineer, they could set up a drone to capture the images for the engineer and they would not have to leave the office saving travel and production time. That may be a small example, but take it a little further and say you needed to survey a larger area, usually done on the ground by a team in vehicles over rough terrain...a drone could fly the area quickly utilizing a map with GPS and return images in a matter of minutes as opposed to possible hours.

A.P.S. is also looking at training individuals if they are interested in utilizing drones and is seeing the writing on the walls with advances in technology such as drones. And outside of the many safety aspects that the technology could offer, advertising ca also benefit from drone technology.

"What if a real estate agent did not have to go house to house and take pictures, but could supply us the addresses and we could get the job done for them in a manner of minutes as opposed to hours and travel time. What we are also saving is the emissions express by vehicles as well as time and money spent," said Adolhphsen.

Weddings, advertising, safety and more are only the tip of the drone iceberg and A.P.S.is ready to strike when they get the call.

"This could be a new industry for the Harbor."