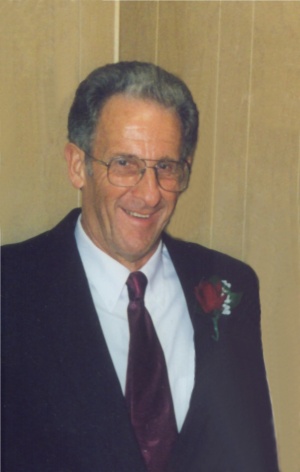 Douglas James Mason and his twin brother, Donald George Mason, were born on June 6, 1930, to Lucile (Keller) and George Mason in the Hoquiam Hospital.

Doug died on January 17, 2013, at Providence St. Peter Hospital in Olympia, Wash. with his family and friends by his side.  For the past 14 years he has resided in Raymond and previously had made his home in Hoquiam.

Doug was raised in Hoquiam and the family spent their summers at the family cabin at Mason Lake. which his father built. Doug and his twin brother graduated from Hoquiam High School in 1949 and then graduated from Grays Harbor College in 1951.

He worked at Mason’s Garage in Hoquiam as a mechanic from 1947 to 1951.  Doug entered the US Air Force in 1951 and was discharged in 1953. In 1953, he was married to Carol Granstrom and they made their home in Hoquiam and had two children Don and Jeri Mason.

Doug and Carol loved bowling and belonged to a Hoquiam Bowling League and won many trophies.

Doug took over the Mason Garage when his father died following his discharge from the service. He then sold the garage and worked the rest of his working life for Early Tire in Aberdeen, retiring in 1996

His wife, Carol, died in 1998 and he met the second love of his life, Nona (Norton) Hunt. They said their vows on September 19, 1998, at the Hoquiam United Methodist Church.  Doug and Nona loved to travel and go dancing. His favorite destination was the Panama Canal.  He liked it so much they took a second trip thru the canal. His other favorite places were Fanning Island, Tahiti, Europe and the Caribbean. He loved those cruises and the friends who went along. He swam with the stingrays in Costa Rico and the dolphins in Mexico.

He was preceded in death by his daughter, Jeri, twin brother, Don, his sister, Virginia (Jack) Hayes, and his parents.

Doug was known for his humor and his kind gentle ways. He was a real gentleman that will be missed.

Memorial donations can be made to the Raymond Ambulance Fund or the organization of your choice.

Cremation arrangements are by the Coleman Mortuary of Hoquiam.

Please take a few moments to express your thoughts to the family by signing the on-line register at www.colemanmortuary.net.