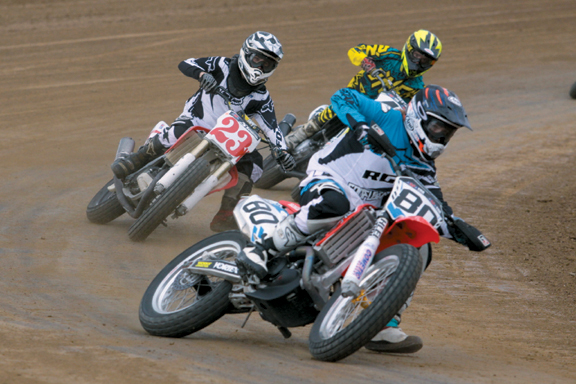 The Mount Saint Helens Motorcycle Club made sure there was a lot of noise at the Castle Rock Fairgrounds last weekend as they hosted part of a series of Grand National Dirt Track events. The organization is unusual in that it is one of the few clubs in the nation to host an event.

The series has appeared in places like Daytona, Stockton, Sacramento in recent weeks and will head to Peoria, Ill., next.

The local club manages the Castle Rock Race Park facility. Most racing facilities to host such events are publicly owned.

"Most events of this scale are done through promoters," said Mike Sorenson, who has a long history with flat track racing in Castle Rock. "All you need is $43,000 and you can host one. Of course, unlike the promoters, we have to wake up the day after the event and pay insurance and taxes on our facility."

The club managed to get plenty of sponsors for the event from throughout Western Washington and Northwest Oregon and Sorenson was proud of the region support of the event.

Jeffery Carver Jr., of Alton, Ill. was the overall winner of the event followed by Jared Mees from Clio, Mich. 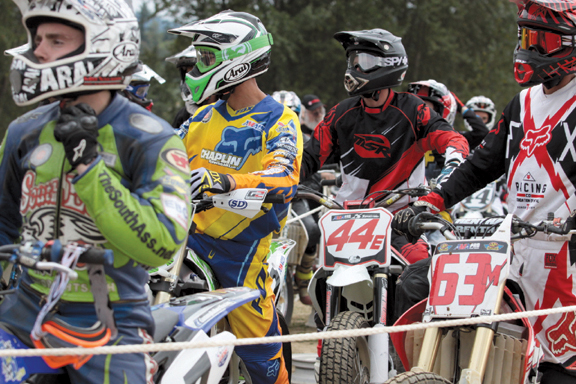 Flat track riders from all over the country wait for their turn to practice on the Castle Rock Race Park track.