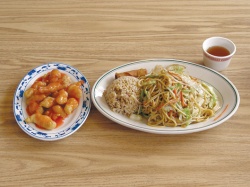 I’ve spent a good deal of time keeping an eye out for a really good Chinese restaurant since moving to the Southwest Washington area a few years ago—a place where I’d love to become a regular and take my friends and family.

My search took me to Castle Rock where one can find Chen’s Chinese Restaurant, right in the middle of town, and I feel like I don’t need to keep looking anymore.

Chen’s used to be Su Good Chinese Restaurant until April 1, at which point the business changed hands, and is operated by the Chen family, based out of Portland.

Manager Nancy Chen said she has been in the restaurant business for the last ten years and makes a point of buying fresh meat and produce while using no additives, such as MSG.

The food is a very clear reflection of this philosophy, as the meat is far from being greasy or gristly and is about as tender as well-cooked food can get.

And I’m a guy who doesn’t much care for vegetables in his noodles, but I was sure to take in all the green stuff I could from a plate of lo mein because, as good as the noodles were on their own, I’m sure it would not have been the same dish without.

And the sauces are more subtle than other such restaurants (certainly due to the lack of MSG) and allow you to taste the actual flavors of the seasonings and spices rather than what could amount to corn syrup, food coloring and chili oil. It’s the kind of sauce you feel encouraged to try on other things to see if it really is that good.

Chen said her customer base has been growing steadily as more people begin to discover her food, with some individuals coming as far as Kelso and Longview and placing large weekly orders for family gatherings, or simply to have good food for the next few days.

She said some of the more commonly-ordered dishes include BBQ Pork, Sesame Beef and General Tso’s Chicken (this reporter’s favorite, if you can stand the heat) and said she receives the most compliments on the quality of her Egg Foo Young, with some to-go-orderers calling back just to say how much they like it.

She is also trying out new dishes to see if they catch on, such as Pepper & Salted Squid and Walnut Shrimp, and will continue to explore the tastes of the area as they adjust the menu.

Those interested in trying Chen’s Chinese Restaurant, and you are much-encouraged to do so, can visit their location at 103 Huntington Ave. N. in Castle Rock between the hours of 11:30 a.m. and 9 p.m., Wednesday through Monday. You can also place to-go orders by calling (360) 274-8371. 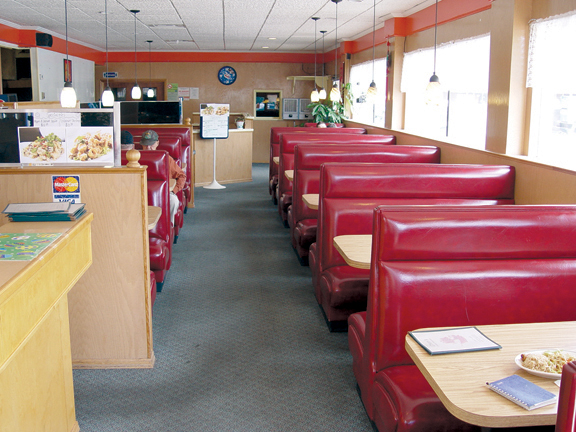 The inside of Chen’s Chinese Restaurant has been recently resonated so the booths are clean and comfortable, matching the clean interior. 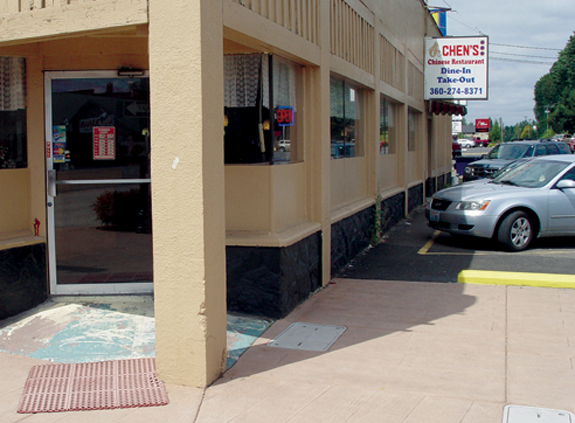