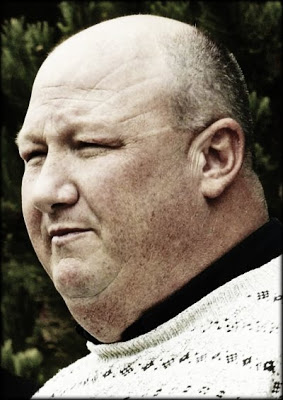 Many of the Harbor area will recall the 2012 murder trial of Brian Brush.

Convicted and sentenced to serve 88 years in prison, Brush has recently gone through an appeal process and looks to have some of the years taken off his sentence.

"Given the Supreme Court's Decision it seems pretty obvious we are left with two options: sentence Mr. Brush to something within the standard range as set by the Legislature, which for first degree murder with a firearm is 240-320 months plus 60 months for the firearm (giving a true sentence range of 25 years to 31.66 years), or conduct a second trial and seek an exceptional sentence," stated Pacific County Prosecutor Mark McClain.

It was brought to light that in September of 2009, Brush, shot his ex-fiancée, Lisa Bonney of Long Beach, four times with a shotgun.

According to court records, "On September 11, 2009, Brush shot his ex-fiancee four times with a shotgun. The shooting occurred on a beach in view of several witnesses, including three police officers who were patrolling an event on the beach. The officers arrested Brush immediately at the scene."

Brush now challenges a couple of points from the 2012 trial. First, he challenges a jury instruction defining "prolonged period of time" in the context of the domestic violence aggravating factor. Brush contends that this instruction violated the constitutional rule against judges commenting on the evidence.

Second, Brush challenges the trial court's decision to admit certain hearsay statements made by the victim's daughter during the sentencing phase of his trial.

Judge Sullivan gave Brush an "exceptional" sentence in 2012, of more than three times the maximum standard sentence and ordered Brush to serve 83 years with another five years for an additional finding that a firearm was used, for a total just over 88 years.

In the opinion of Washington Supreme Court, "The State charged Brush with first degree murder and alleged multiple aggravating factors, including-at issue here-that the offense involved aggravated domestic violence. The trial was bifurcated into a guilt phase and a penalty phase. At the end of the guilt phase, the jury found Brush guilty of first degree murder. The jury also found multiple aggravating factors, including that Brush's conduct manifested deliberate cruelty to the victim, that the victim's injuries substantially exceeded the level of bodily harm necessary to satisfy the elements of the offense, and that the crime was an aggravated domestic violence offense. The two issues in this case both involve the penalty phase-specifically, the testimony of the victim's daughter and the jury instruction on the domestic violence aggravating factor.

According to Washington Supreme Court, "The only evidence presented during the penalty phase was testimony by the victim's daughter. She testified about an incident that had occurred in August 2009, when she and her mother went for a walk outside her mother's house and Brush began following them in his truck. She testified that her mother was very scared and that as Brush revved the engine near them, her mother realized that he was not going to simply drive by and said, "He's not stopping. Run."

They ended up hiding behind some cars in a nearby parking lot. Her mother was bawling, shaking, and throwing up. Her mother stated that a similar stalking incident had happened earlier that same day. The victim's daughter then described a number of phone calls and text messages she had received from Brush that day about her mother cheating on him.

The defense challenged all of the victim's daughter's statements as hearsay, and the judge ruled that the statements fell within the excited utterance exception to the hearsay rule.

The defense expert also referenced statements made by Brush that he would financially ruin the victim. Brush made those statements at couples counseling around that same time period. The jury found that Brush's offense was an aggravated domestic violence offense."

The issues faced by the higher court was A) Did the pattern jury instruction defining "prolonged period of time" constitute an improper comment on the evidence?

And B) Did the trial court abuse its discretion when it ruled that the victim's daughter's testimony regarding her mother's statements qualified as excited utterances?

In the conclusion from the Supreme Court affirming the Court of Appeals they said, "We affirm the Court of Appeals and hold that the pattern jury instruction incorrectly stated the law on what constitutes a "prolonged period of time." The instruction resulted in an improper comment on the evidence in this case. We reverse Brush's exceptional sentence and remand to the trial court with instructions that, if requested, it may impanel a jury to consider evidence of a prolonged pattern of abuse."

With that it is back in the hands of Pacific County and now Pacific County Prosecutor Mark McClain who has been in contact with the family and are in the process to decide what the next steps will be.

"It's unfortunate that we conduct a perfect trial and utilize jury instructions which are required and formulated by a committee of judges, defense attorneys and prosecutions only to have the Supreme Court-- one of which who was on the instruction committee that approved this instruction--now reject the very instructions they approved," said McClain, Pacific County Prosecutor, "it is manifestly unfair to the victim and her family and an appalling miscarriage of justice by these Justices. Mr. Brush received an appropriate sentence for his actions the first time around and now this family has to be put through this again, simply tragic."

McClain indicated he would consult with the family as soon as possible to determine the best course of action given the Supreme Court Opinion. Regardless, Brush will be required to be returned to Pacific County to await the final determination from the Prosecutor. The current process may take up to 30 days before all the wheels are in motion and the return of Brush from Walla Walla to Pacific County to see if his appeal will be cemented.