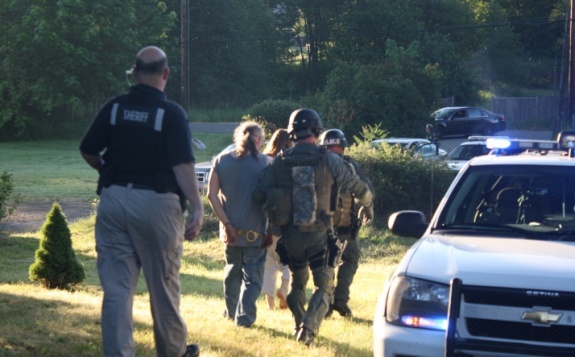 Law enforcement arrest suspects from one of five locations raided this morning in a major drug bust in Randle, with more apprehensions reportedly on the way.

Authorities arrested 10 Randle residents in a drug bust conducted this morning after what has been called a “multi-month” investigation by the Lewis County Drug Task Force.

All but one suspect, wanted on an outstanding warrant, were arrested for methamphetamine-related charges at residences on the 100 block of Morris Rd., 100 and 200 blocks of Kiona Rd., 100 block of Falls Rd., and the 100 block of Ridge View Dr. Authorities called the sting “Operation Big Bottom Bust,” playing off of Randle’s nickname as Big Bottom Valley.