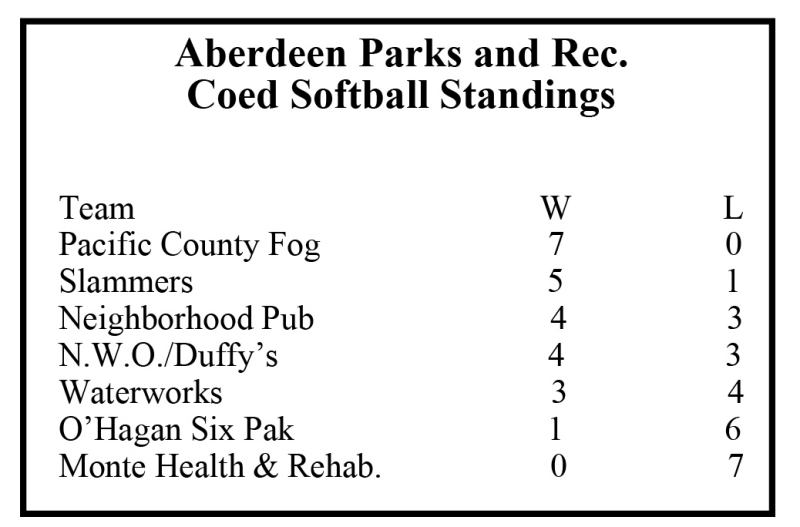 Registrations are now being accepted for the Aberdeen Parks and Recreation adult coed volleyball league. Each team will play five double headers, totaling 10 matches, on Monday nights, beginning in September. Team registration is $400 and the due date for registration is Friday, September 11.

5 on 5 on 5 Softball registrations are also being accepted. 5 on 5 on 5 is three teams competing against each other in a 5 inning game. One team is up to bat, a second team plays infield and pitcher, the third team plays the outfield and catcher. The team with the most runs at the end of the 5 innings receives 2 points in standings, the team with the 2nd most runs receives 1 point in standings, and the third team receives 0 points.

Cost for registration is $265 per team due by August 27. Each team will play six nights with games starting in September. Teams will have seven players on their roster, the entire roster can bat.

Registrations can be obtained on the Aberdeen Parks and Recreation website, and if you have any further questions call (360) 537-3230 or contact dfarmer@aberdeenwa.gov.